Abandoned at Clark Field in the Philippines as 57[2] - original unit unknown. Selected as the best model from which to build a flying example for testing, because it was not badly damaged -nor badly souvenired. Rebuilt over several months by TAIU, it was stripped to all silver with tail code S16 applied.[3] The aircraft was tested by TAIU-SWPA (Technical Air Intelligence Unit - South-West Pacific Area) at Clark Field, Philippines, during June 1945.[4] Rumours have it that this aircraft was tested at NAS Anacostia after the war.[5] 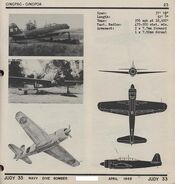 An older version of the recognition manual

A 'Rising Sun' profile by Mirek 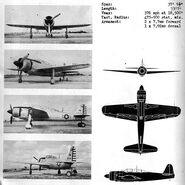 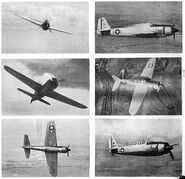 The other D4Y3 page in the TAIU-SWPA recognition manual