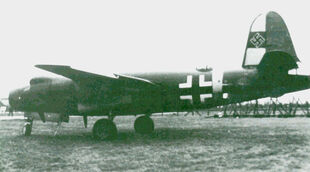 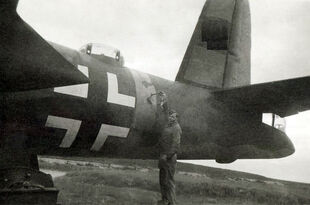 An RAF ground crew inspects 41-17790, which has the Nazi markings it wore for nearly two and a half years. The bright yellow fuselage band and tail flashes can still be seen (though barely visible on orthographic film), but the swastika has been blanked out by a censor in this photo. We can also see the paint circle where the old USAAF star roundel was painted over–just to the right of the airman.